On Monday we started our stay in Broadstairs with our first day at school. It began at 9 o`clock and we made a test to determine our language level from 1 (low) to 5 (high). At 2 pm we met in a park for an observation quiz. The quiz made us tour through the town and answer 40 questions. For our evening activity we went to the tiny local cinema and watched the movie "Paddington 2". 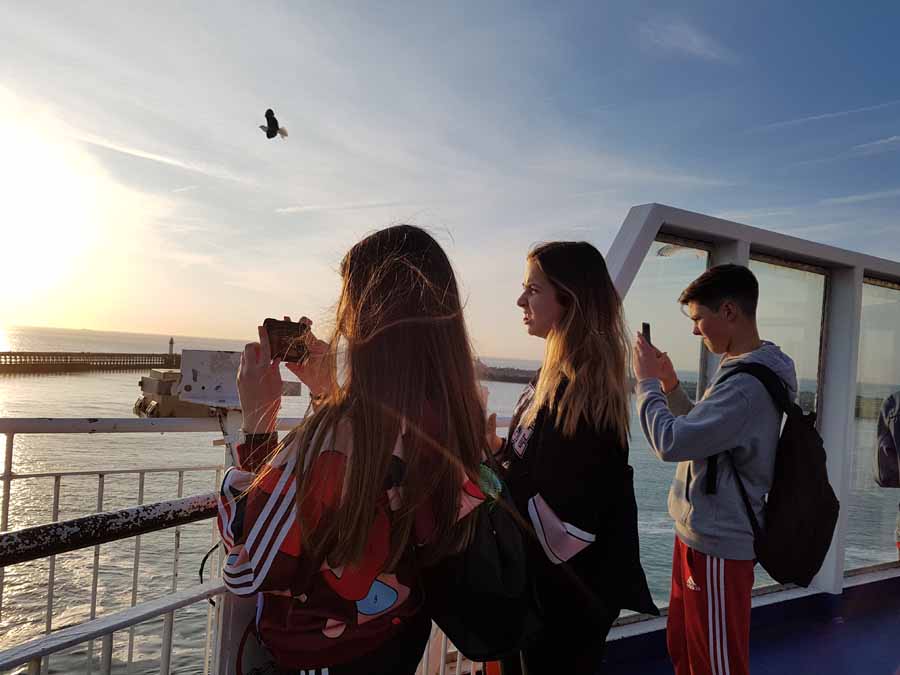 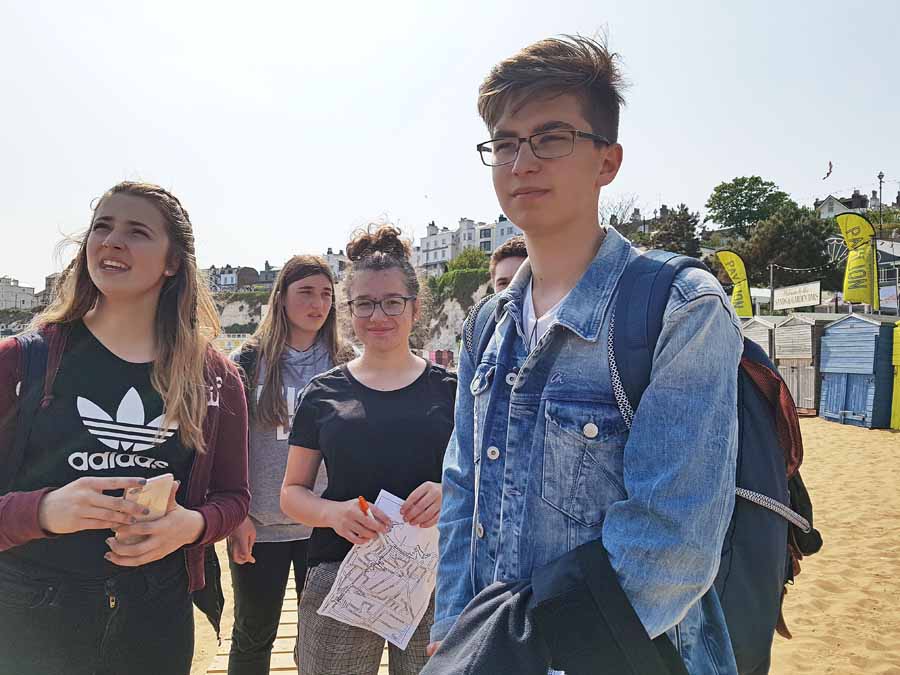 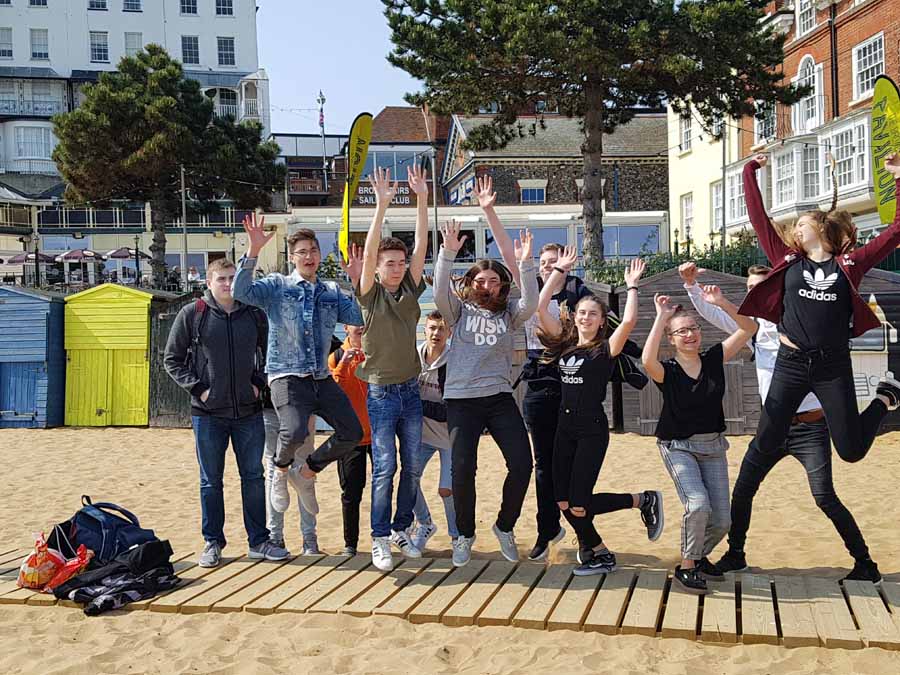 Our group in London 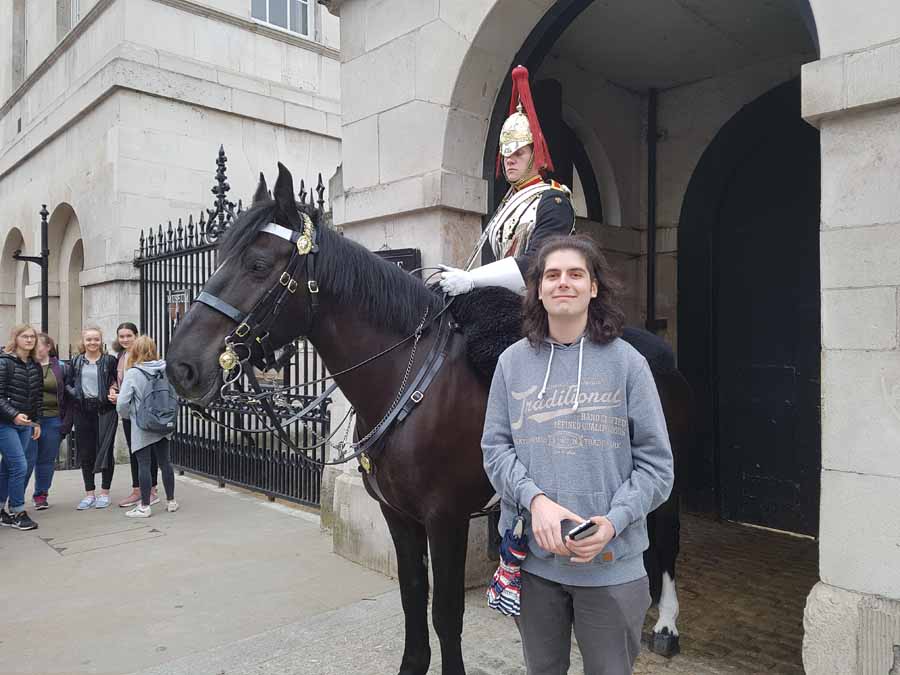 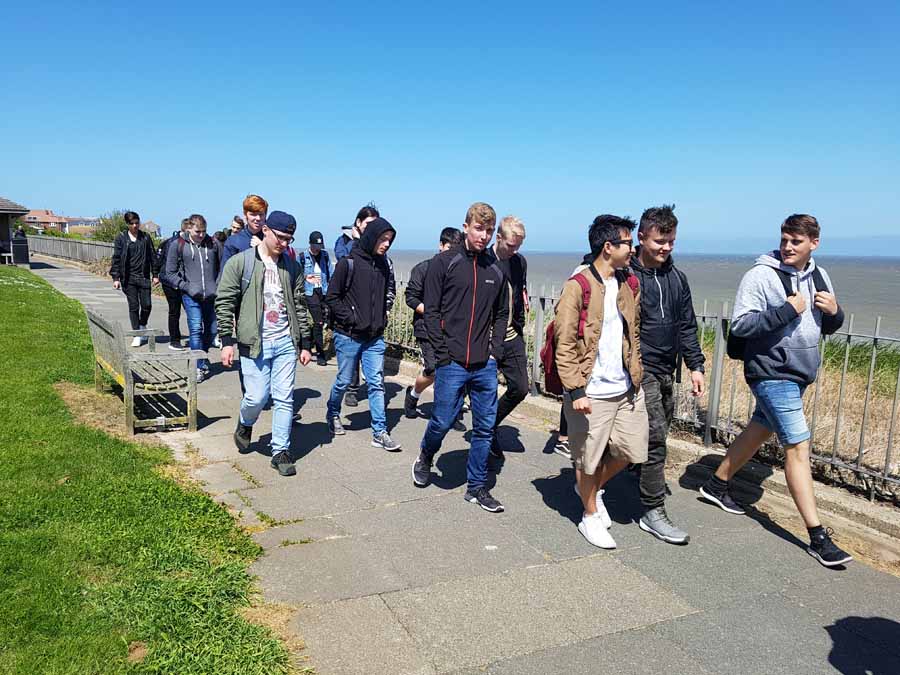 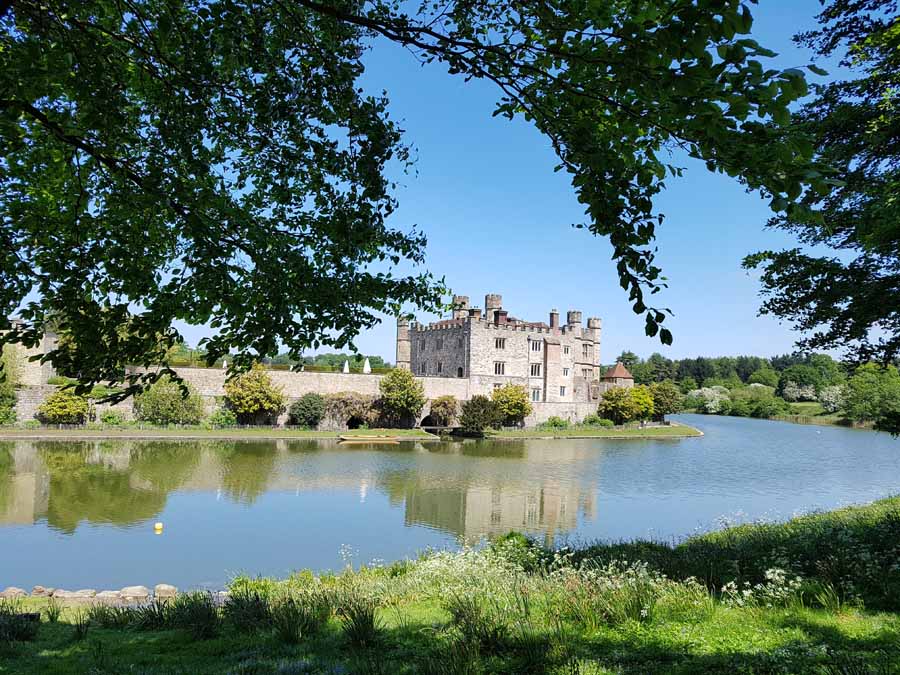 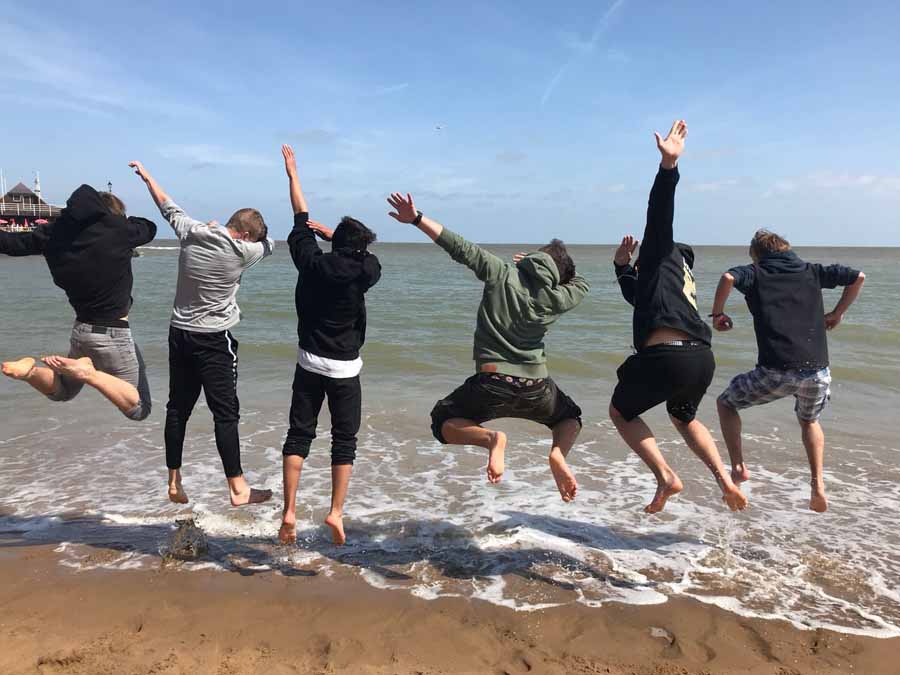 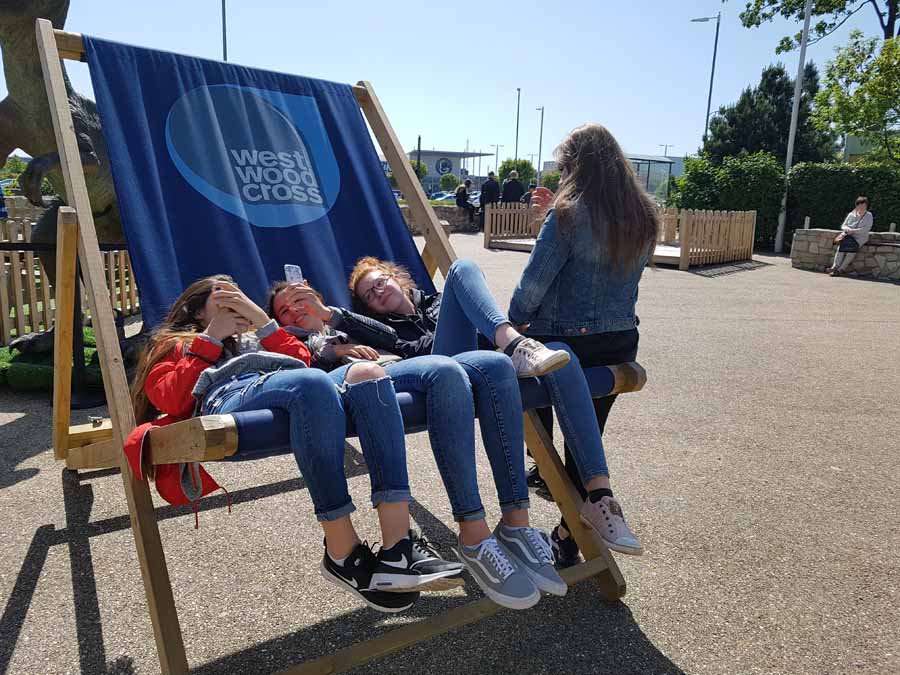 after the shopping tour
On Tuesday we were divided into our respective language level classes from 1 - 5. I got into level 4 with some students from our school, some other Germans and two Italians. On that day, we had school in the afternoon too, because on Wednesday we had planned to go to London and spend the whole day there. The evening activity was disco. Booze was forbidden for us. The most famous song that night was YMCA.

On Wednesday we departed from Broadstairs at 08:00 am. Our guide was quite funny. In London we had plenty of free time. Our students went to Buckingham Palace, the Houses of Parliament, the London Eye, an M & M shop, Trafalgar square, the National Gallery, and to Chinatown.

On Thursday we had class again and at 2 pm we walked along the coast to Ramsgate. There we had some free time and the bus drove us back to Broadstairs. The evening activity was barn dance. Some students did not participate, but others did. It was fun and really sporty. In the end there was a competition between our group and a Spanish group. We should`ve won, but the ref gave it to the little Spaniards, so that they didn`t have to start crying. The price was lackluster whatsoever: A yellow letter with fake signatures of Harry & Meghan.

On Friday we had class again and options in the afternoon. The options were: boardgames and different sports. In the evening we had drama. We played little stories with costumes and everything. We were divided into a handfull of groups and each group prepared a short drama.

On Saturday we visited Leeds Castle & Canterburry. We had a guided tour through Leeds Castle which was quite interesting. There were many paintings on the walls and beautiful furniture and architecture. In the castle there was also an old library with medieval books. In Canterburry we had a guided tour too, just like in London. After the tour we had free time and after that the bus took us back to Broadstairs.

On Sunday we departed early and went back to Germany by bus.

England was great and I can only recommend it to future students.
[Fatih Gedikli 2018]